Of Thread and Laces- and my story 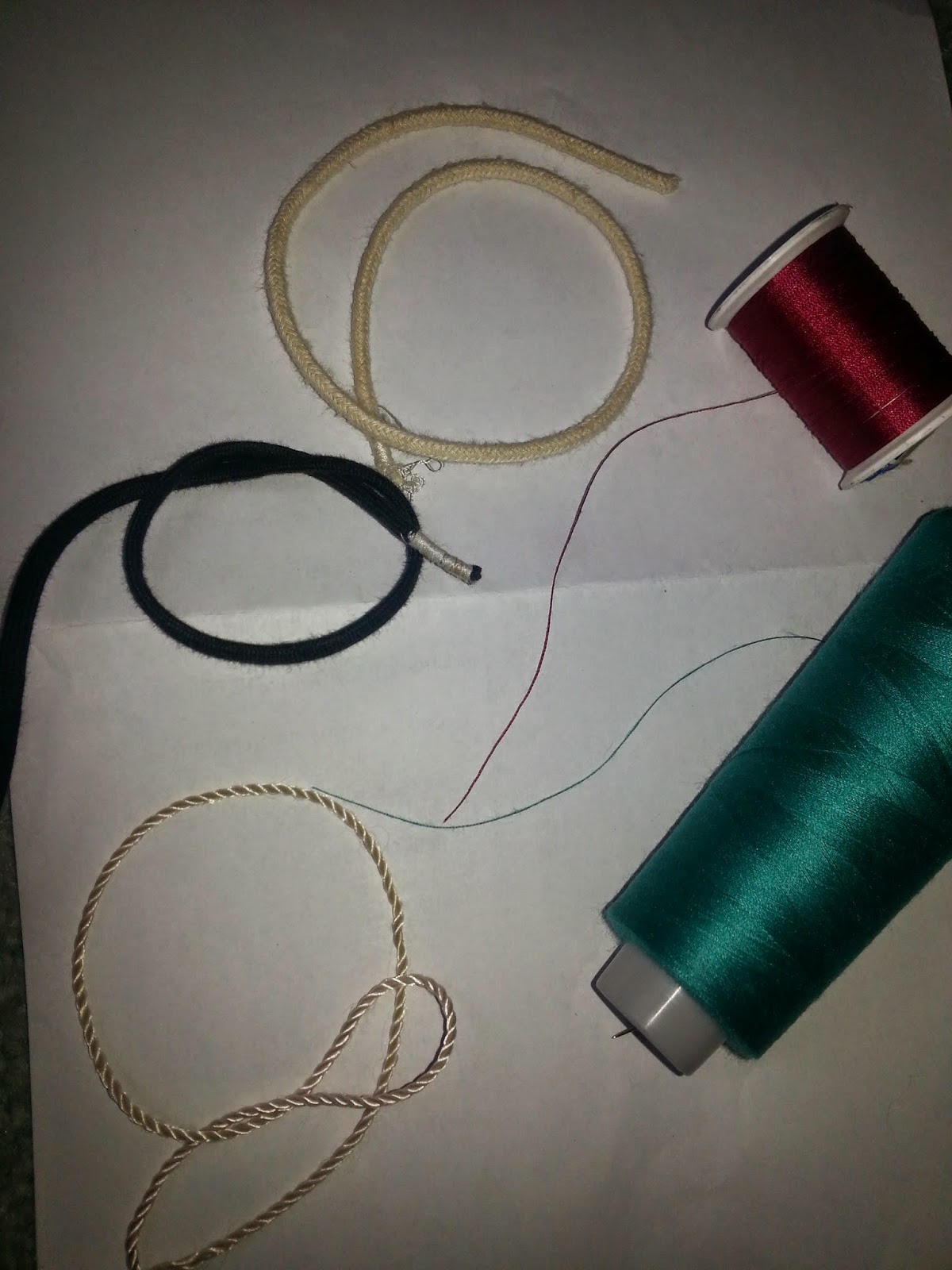 No one taught me how to sew. I am self taught, and still learning a lot!

When I was a kid I experimented with crudely hand sewing some lacy curtains into a princess dress, which then proceeded to fray and fall apart, lasting only a few days. I was disappointed, but loved doing it. I would experiment with random things- gloves, embroidery, etc- but never really finished any projects, we couldn't afford fabric, patterns, or any other tools, nor had I any guidance, so things never worked out. My aunt had a sewing machine that had sat unused, that I was forbidden to touch, that she really didn't know how to use either.

It wasn't until I was out of high school that I was able to purchase my own thrift store fabrics, and a mini clearance sewing machine. Still patterns I liked were too expensive- So I taught my self how to sew with pictures and unscaled internet patterns. I learned about seam allowances by having the first baby quilt I attempted fray apart on me. My first big project I decided to take on was sewing my wedding dress, a simple "medievaliod" 2 layer gown, and cloaks, sans patterns, for my now husband and myself 11 years ago. By then the internet was a thing we could afford and I could find tips and clues. After many drapes and fittings the items didn't turn out half bad. Turns out I have a intuitive nature when it comes to sewing.

Fast forward a few years, and several "historical" Halloween type costumes later. I met my good friend Kim at a local pagan gathering. I had taught her kids to make dandelion crowns, and me and her chatted. A couple days latter I discovered that I had shingles and was contagious- so contacted her to inform her her kids had been exposed. And we had hit it off- we both made homemade wine, loved to garden, were hippyish and interested in fiber/sewing. One summer I had a plot in her community garden, and practically lived at her farm that summer. She was the one who introduced me into the SCA. And so my addiction love of history and sewing has been enabled  nurtured, despite the mundane's attempts of resistance!!!

So on to Thread and Laces

One thing that took me awhile to figure out are the differences between all the threads- and what application to use for them. In all honestly I am still in the dark about some of it. For the longest time I would just grab whatever thread was handy (or affordable) in a color that was similar to my project without regard to type.

One thing that is occasional mentioned is the use of linen thread with linen fabric. I have yet to find a source of linen thread that is affordable for me. So what alternatives can be used with natural fabrics?

First off  Shiny thread is a big NO- see the red thread in the top picture. It is a poly thread. It is even, shiny and strong. It has a very smooth texture, and very little stretch. The problem with this thread is because it has no stretch, but is very strong, it has a tendency to pull the threads in the fabric- if it is under a lot of tension it will break the fabric threads.

It is also slippery. It doesn't grip. This means 2 things- one if a stitch does break, the seam will unravel quite a bit. Also it will be harder to get the right tension on the fabric when hand sewing. It will have a tendency to pucker the fabric when trying pulling the thread.


The Blue Thread is also a poly thread, Toldi-lock Gutermann thread, it comes in large cones, (technically serger thread), and is inexpensive. I use this all the time. It has a sheen, but the thread itself is not so shiny, but is a bit thinner. It has a softer feel to it, some texture. It stretches a bit, but can break a bit easier than the super shiny poly.

There are some draw backs to this thread- it has a tendency to tangle on itself when hand sewing. Also seems to leave a bit of lint in the sewing machine- which means brushing it out more often.

One trick I have learned- if you are machine sewing on something you know will be torn off (mock up sleeve for example), use the strong shiny thread as a bobbin thread, and the serger thread for the top stitching. When removing the item use a seam ripper to get the first few stitches, or backstitches, then pull the fabrics apart. The strong thread easily breaks the serger thread, with little damage to the fabric. Use caution with narrow seam allowances or extremely frayed edges.

The same principle with lacing for closing up a garment. The shinier and smoother the lace, the more it will slip and pucker. You want something with a bit of stretch and texture.

In the top picture, the string on the bottom is a big no-no. It is polyester, slippery, and no stretch. It will cause the fabric to gap and pucker, and slide all over.

The Black lace has texture, a bit of stretch, and is good for some applications. It can slide a bit, so garments may pucker over the course of the day as the lace adjusts. This is more of an issue with something that has uneven tension, such as an open V front. I use this on kirtles that just skim the body, not actually shaping.

The top white lace is a cotton cording, it has the roughest texture, with a bit of stretch, and easily stays where you put it. This lace is great for items where the tension will vary. I used this lace on my undergarments, It can be very tight under the bust, but not so tight on the bust itself. Takes more time and patience to adjust.
Posted by Raven Rose at 4:47 PM