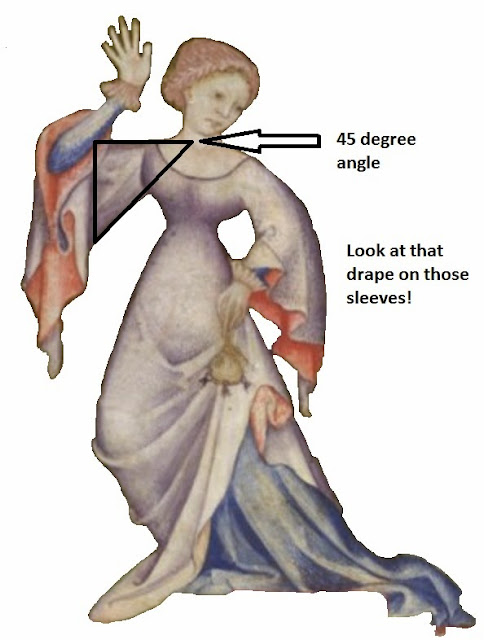 I've been meaning to get this post up for quite awhile. As I was drafting my fitted sleeves of a previous post I also decided to experiment with angel wing sleeves for a garment I plan to make in the future. I want to try getting the same kind of drape as shown in the above image. Also see Here. Again my sewing room is a very creative mess in the photos, and some photos are fuzzy. 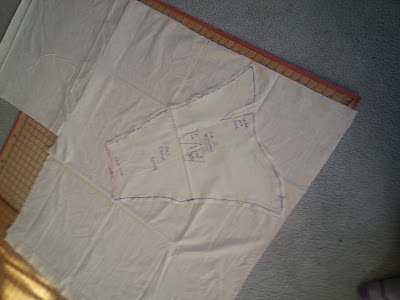 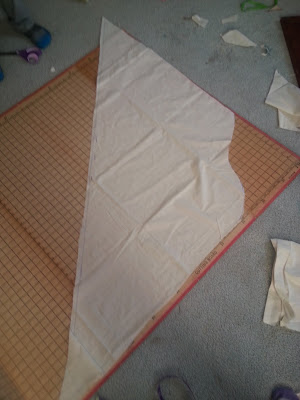 I started with the sleeve pattern previously drafted, and placed it diagonal on some muslin for a mock up.  I used the two square edges to make sure I would achieve the 45 degree angle seen in the artwork. I then sewed the two short ends together

The following pictures are how the sleeve acted and drape when based onto the unfinished kirtle.

So the bias cut sleeve has a few problems- the most notable was the tendency of the sleeve to pull towards the back seam, Which is not shown in the artwork. Also the point of the sleeve was closer to my side than behind the back of my arm. It has some drapiness, but not the amount I wanted to achieve, this may be because of the choice of muslin, where as the image I want to achieve is most likely fine weight wool or silk.

So I tired again, this time with the sleeve cut on the grain. 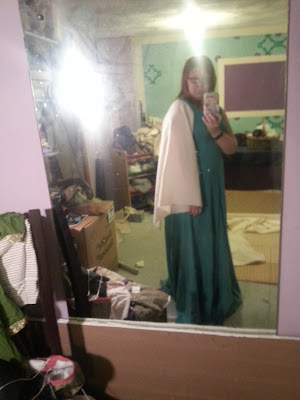 So the on Grain Sleeve was a bigger bust. The point of the sleeve stayed more towards the back, and there was less pulling, however, all he the soft drape I was looking for disappeared. This look was however on similar angel wing surcotes, but not what I was going for.

I do like the bias sleeve much more, and would do if I was in a hurry, but I think what I need to do is move the seam placement to the underside of the arm, and shift the point more in back, but still keeping on the bias. Will need to do more mock ups in the future.
Posted by Raven Rose at 11:58 PM